In mid May 2018 BCD Group held its first inter-office team-building event, BCD Games. Our growing team of 60+ staff members were split into 8 teams, each with a nominated team leader.

The team-building began with each team organising coordinated outfits and costumes in the lead up to the event. From glittering tutus and Hawaiian skirts to lumberjacks and Smurfs, the teams went all out with this dress-up component of the games.

On game day our bright and colourful staff arrived at Porritt Stadium in Hamilton ready for the outdoor challenges. First up, to kick off the team spirit was the Balloon Race where each team had to cross the finish line as a group without losing any of the balloons between each team member. Following this was the Knee Trembler challenge where teams had to transport tennis balls between their knees from one hula hoop to another. The remainder of the morning was filled with variety of fun challenges including ring tossing, sack racing and a flipper relay (which proved to be a little tricky for those of us with smaller feet).

After lunch all teams headed back to BCD HQ for an afternoon of indoor challenges. The indoor fun began with a Marshmallow Tower challenge where teams competed to construct the tallest tower using only spaghetti pasta and cello tape with a marshmallow at the top. Throughout the rest of the afternoon the teams also participated in a Survival List challenge and some highly amusing skits.

But the games did not end there! The fun continued into the evening at Ferry Bank with a trivia quiz, along with drinks and nibbles. In the end Purple Team took out the title of BCD Games Champions 2018 while Blue Team won best-dressed for their inventive Smurf costumes.

We can’t wait to run this event again for BCD Games 2019. 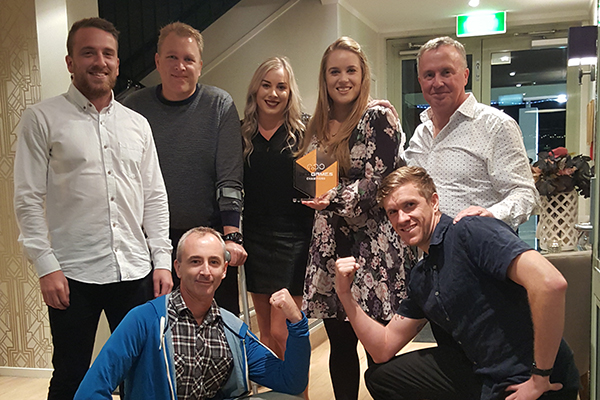