The multi award winning Riverbank Mezz Box took out first place in the Under $500k category at the 2018 SCNZ Excellence in Steel Awards.

Cantilevering towards the Waikato River, the Riverbank Mezz Box was a structurally challenging commercial space, only possible using steel. The bold riverfront creative studio clings to the existing Riverbank Lane building whilst reaching out over the new Victoria on the River Park. Structural glazed walls perfectly crop the horizontal aperture of the Waikato River below and allow for panoramic views. A refined and consistent aesthetic flows across both the exterior and interior fit-out of the studio with similar colours, materials and finishes used throughout.

The Architectural intent was for the new structure to be foreign on the existing concrete building and champion a return to connection with the Waikato river, a cause the owner and developer holds in high priority. The appearance needed to be bold and angular and utilise slim edges to accentuate the modern building against the existing.

The solution was a steel Mezzanine Box that extends two metres out towards the Waikato River and three metres over the park below. This allowed for a lightweight addition to the building without an adverse effect on the building’s seismic capacity. Due to the structure being sited on an existing building, it was largely constructed on site before being lifted into place by crane.

The finished product successfully met the daring aspirations of both Stark Property and Edwards White Architects and effectively modernises the existing building and surrounding environment.

In addition to the Mezz Box win, BCD Group also had the Genesis Energy development shortlisted as a finalist in the $500k to 3mil. category. 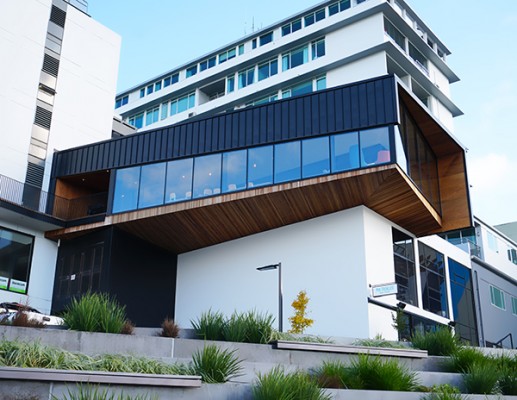 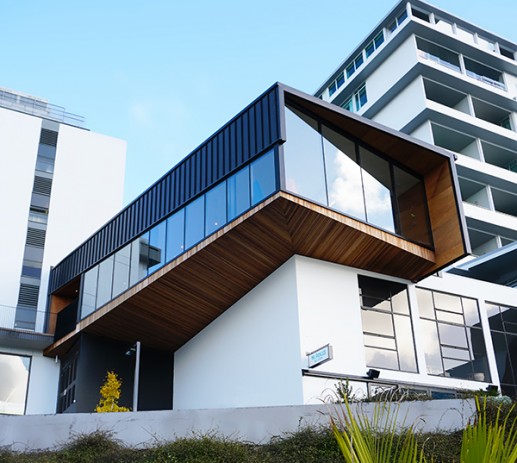